Venture Capital is one of the most important aspects of the entrepreneurship process, but often times we’ve found that entrepreneurs don’t completely understand how it works. Here’s a short, but useful guide to venture capital so that you’ll be prepared.

So What Exactly is Venture Capital?

Where does Venture Capital Come From?

How Does One Get Venture Capital?

What happens once you have raised venture capital?

Once you’ve raised venture capital, your investors are going to expect some sort of return on investment. Depending on your goals as well as the state of the company, these goals will vary significantly, and there’s no standard for any company. The investing entity will be clear on where they want to see the business go, but they’ll be there to support you as well since you are all in the same boat and want to see the business succeed.

Feeling lost? Trying to obtain funding? We understand, funding your startup is difficult. Check out our FREE eBook: 7 Steps to Getting Funded, to get access to some great tips on the funding process. 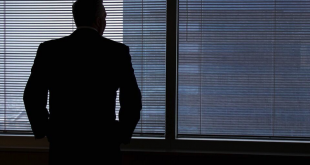 5 Common Mistakes Most Entrepreneurs are Making

At Business Connector, we help plenty of entrepreneurs grow their businesses each year. In all ...