Information is money, and nowhere has that statement been made more apparent than with big data. The amount of information being held by the Australian government could, if put to use in the correct way, bring in up to $16 billion dollars annually. This figure, which was released in a report compiled by Lateral Economics, goes on to say that this would represent about a 1 percent growth in the nation’s GDP within five years, bringing Australia halfway to the goal of 2 percent growth within five years that the G20 nations set in February.

Releasing big data could do more than just increase profit margins. The report also outlined how big data would be helpful in reducing corruption because it could be harnessed to reveal financial fraud and track other types of crimes. In total, it’s estimated that big data could help save $1.5 billion dollars every year in taxpayer money.

The Benefits of Big Data

There are many different benefits to having access to optimized data, and many businesses know it. Australia is currently ahead of the curve when it comes to investing in the idea—in 2012, businesses spent more than $50 million each on big data, which is double the worldwide average. Many of these companies already make use of big data. For example, the Australia Post utilizes big data to get a better idea of the spending habits of customers. Once analyzed, this data can be used to create more focused marketing campaigns. Other companies have also put analytics to great use. Telstra, one of the country’s biggest cellular providers, has improved its customer service by looking at consumer data, while the Commonwealth Bank of Australia has examined huge amounts of data to determine how to better serve customer’s needs.

Analyzing data is perhaps the biggest use of big data. Raw data by itself is very difficult to use, but by analyzing the information, businesses can gain very valuable insights into how customers are spending their money, how products are performing, and much more. Big data analytics takes what would be almost useless raw data and turns it into a powerful source of information. If it wasn’t analyzed, chances are all of this collected data would simply be stored away somewhere rather than being useful.

To get more of this data out from behind the wall and into the hands of those who can use it, the report by Lateral Economics suggests that the government and private companies that hold a good amount of big data release it to the public. This would help move big data from simply serving businesses to enabling them. Giving the user direct access to the data allows them to go straight to the information they need without going through a middleman. This model has been compared to pay-as-you-go models used by retail stores to great success.

With big data available to all, fiscal policymakers would have more information to work with, as would those involved in stocks and trades. Even in areas where no financial gain would occur, there would be intangible benefits such as a smoother, faster economy.

Jules is Channel Account Director at Pacnet. Jules' entrepreneurial journey began in 1998. In recent years he has developed a strong brand name for himself in the entertainment and telecommunications sectors. Click to view Jules Pedersen's full profile 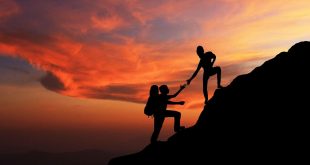